The 22nd Annual Mammoth Festival of Beers and Bluesapalooza is August 3-6, 2017 in Mammoth Lakes, CA. Here’s what to expect. 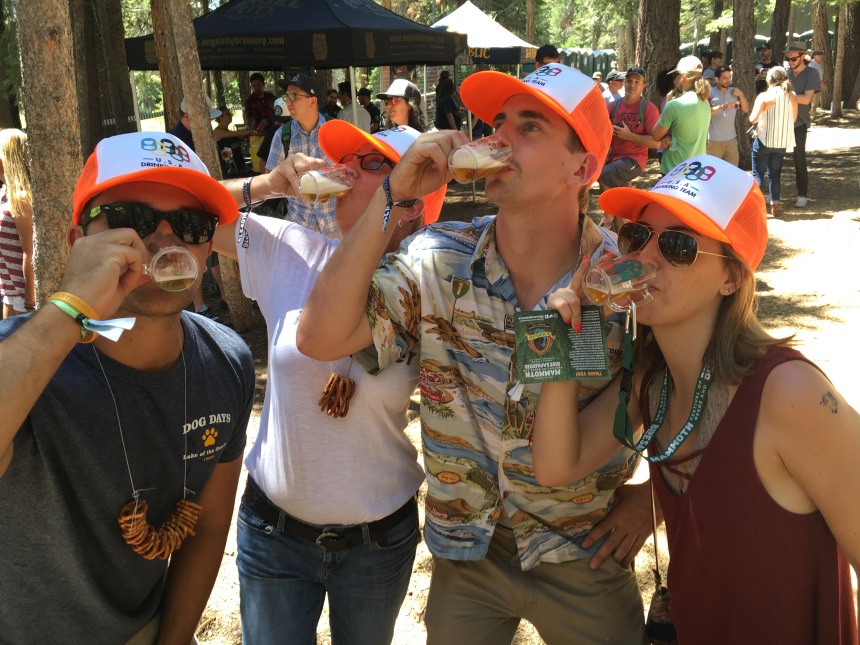 Mammoth’s Bluesapalooza is 4 days with 100 craft breweries and 15 mainstage blues performers, plus an acoustic stage.

This marks our 6th year of attending Bluesapalooza and I’ve learned a thing or two.  For instance, make a pretzel necklace.  As the perfect compliment to beer, the classic pretzel will suffice or get creative with other treats like Slim Jims, pictured, or peach ring and Cheez-its. If you forget to make your own, you’ll look onto others with envy.

The festival is held at what’s called “Sam’s Wood Site” a 7-acre wooded venue; dirt ground covered in wood chips. In keeping to it’s natural form, the ground is uneven and there’s the occasional rock outcropping or boulders. Therefore, I recommend covered-toed shoes.  Style it up with some cowboy boots. Those who wore sandals had pretty dirty feet by the end of the day. 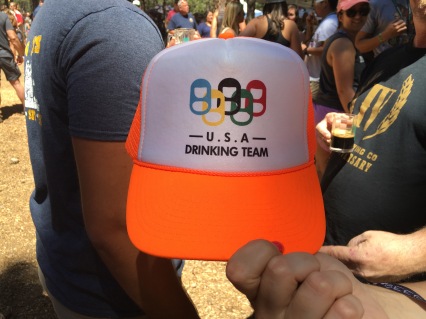 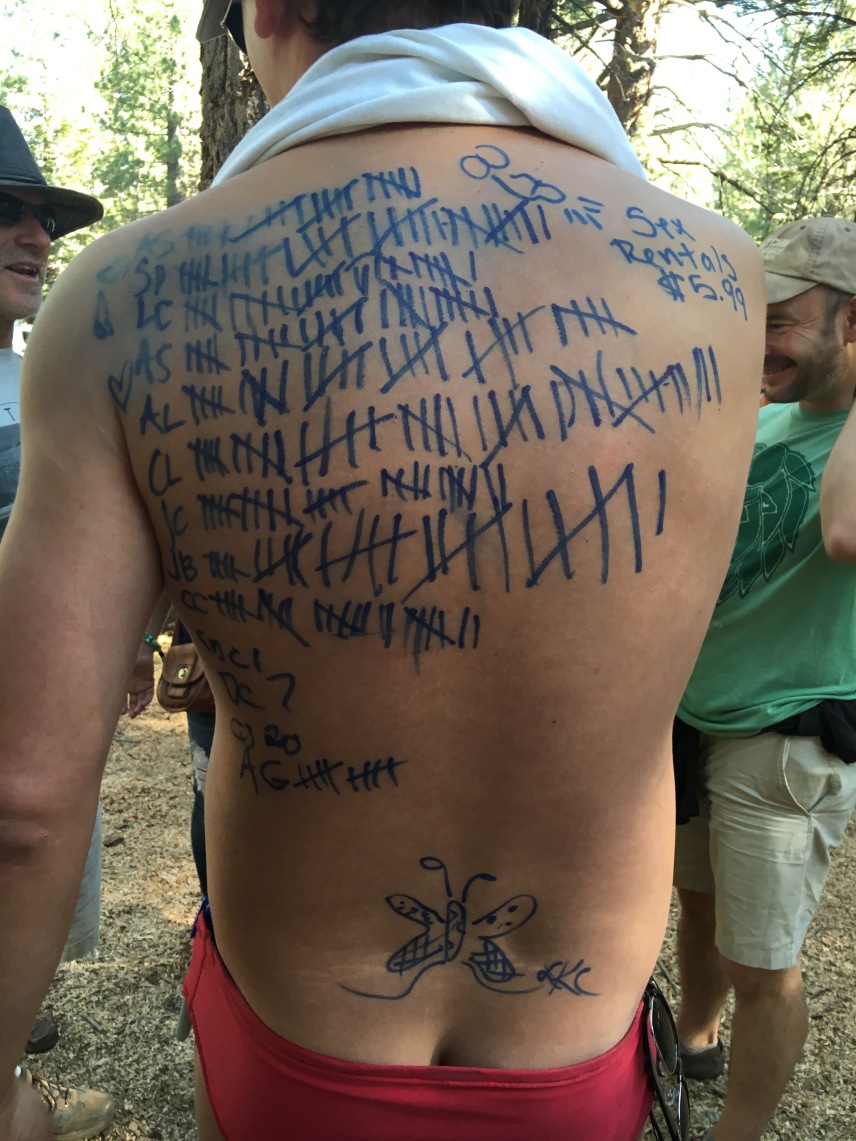 We have absolutely no idea why this guy was wearing a speedo, but, of course, we had to take a picture with him. I’m guessing that the notches on his back represent the beers he’s tasted, but your guess is as good as mine.

Just the base of Mammoth Lakes is at 8,000 feet elevation. Festival attendees are warned to pace themselves because high elevation intensifies the effects of alcohol. I have more of a challenge with the dryness. Mammoth Lakes can be exceptionally dry with the daily humidity levels in the teens. I found relief with lip balm and nasal spray. Moisturizer and eye drops also help. Pack a general antihistamine if you are sensitive to dust and pollen. And of course between the high elevation and the beer drinking, it’s important to drink a lot of water to avoid dehydration and headaches.

It’s easy to lose track of the music during the grand beer tasting on Saturday, which, new this year, extended into Sunday. Allen Stone wrapped up the Friday performances and he was such a fun performer. Stone’s music is definitely not blues and it’s hard to distincting describe. His sound has been described as soulful and I’d say funk. One friend described him as similar to the artist, Jamiroquai.  Stone was a lively performer wearing goofy high-waisted pants with a voice you just don’t expect to come out of that body.  I look forward to hearing more from him, but seeing him live is probably best.

At the close of the festival on Sunday, the party doesn’t stop. Steps from the festival and on the edge of the Village is Mammoth Brewing hosting more live music. Keith Greeninger, David Jacobs-Strain, and Bob Beach got the audience dancing with slide guitar blues. The food shouldn’t be missed. The farm to plate salad and grass-fed burger are exceptional. The giant jenga game and corn hole provide additional entertainment. We danced, we drank, we played, we ate, and went home happy.

Get the complete lineup and tickets