Stone Brewing has an amazing way of recognizing its volunteers. We simply volunteered to pour beer at their August 20th Anniversary Celebration and they thank us with a food and beer event of our own at the Stone World Bistro & Gardens Escondido. 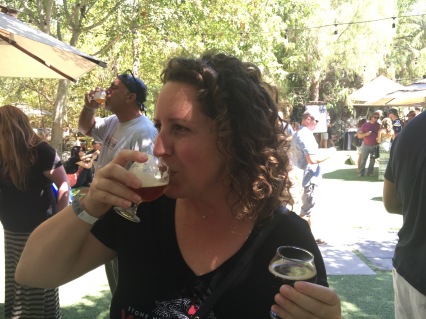 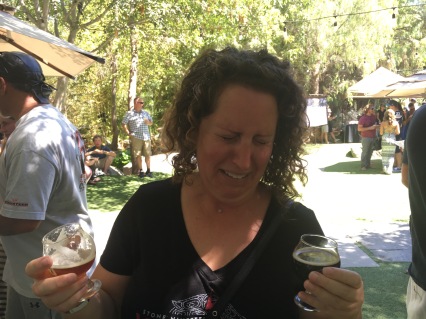 My reaction to tasting Avery Samuels Oak Aged Ale which is 14.2% alcohol.  Yeah, one sip is enough for me.

We had quite the collection of beers to taste, 45 kinds to be exact, by Stone and other notable breweries. Stouts, saisons, sours, barrel aged, farmhouse, blondes, IPAs, and special anniversary brews. This is a beer snob’s dream. 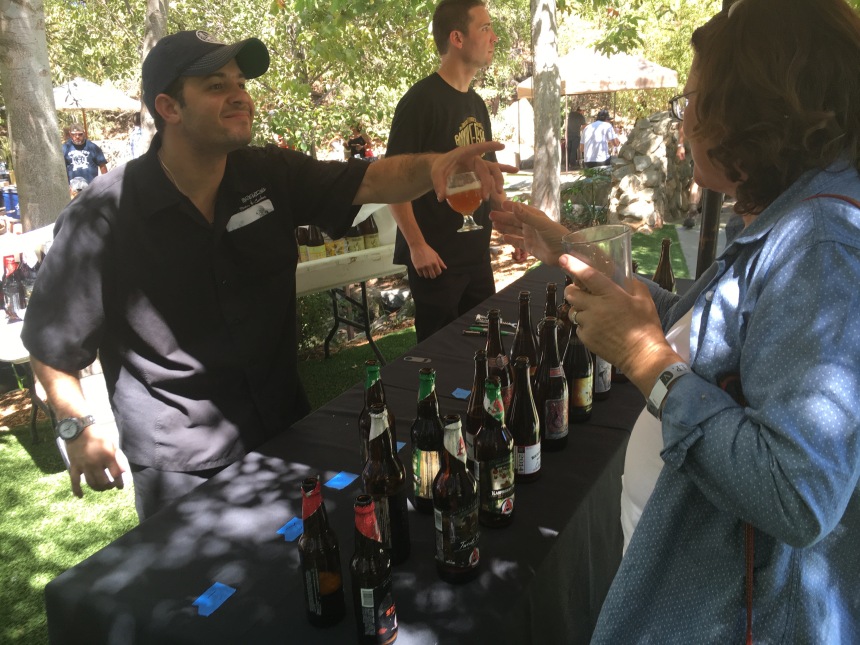 We were well hydrated and well fed.  Stone didn’t skimp on the eats, with tasty tacos, bratwurst, kale caesar, and fresh baked desserts.

The Stone Anniversary Celebration raises thousands of dollars for local non-profits. They are going above and beyond to thank us volunteers, and we sure appreciate it.